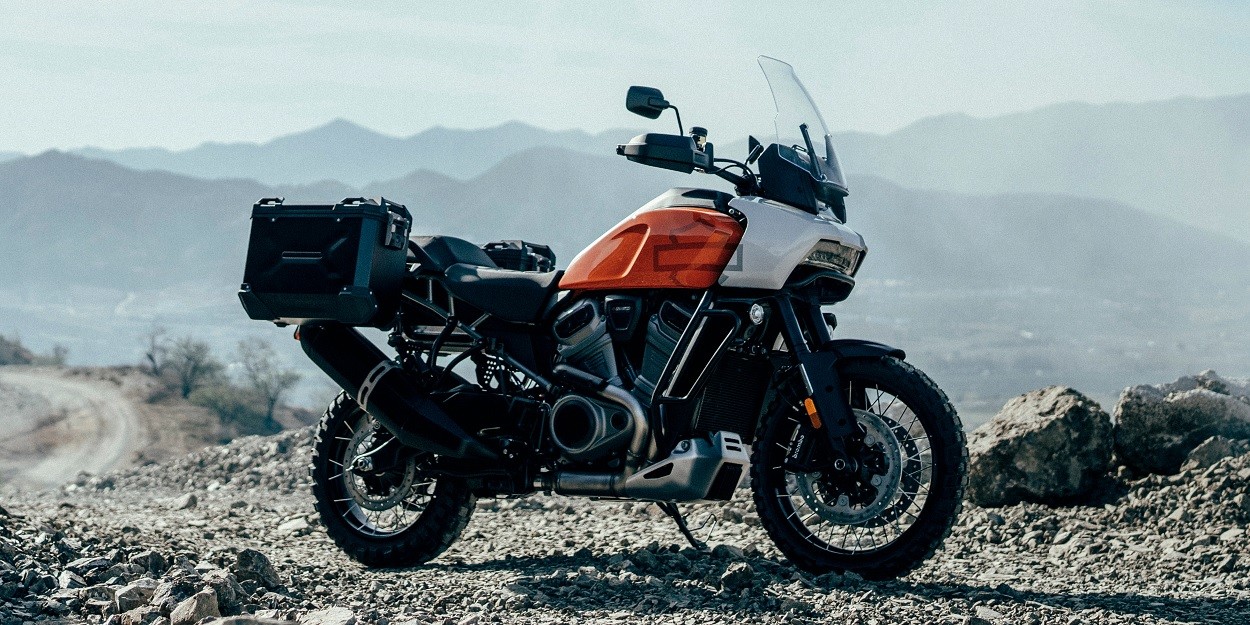 Adventure touring—or adv touring—motorcycles are not exactly new, but it is a segment that is still finding its voice, so to speak. A prominent issue is that there are many different opinions about what an adv touring bike actually is. The basic definition is a bike that can perform well on the road and off. But how well? Some want an answer for long treks broken up by dirt roads here and there. Others want a bike that performs on road but can handle some serious off-roading as well, and some leading manufacturers have released glorified dirt bikes that are barely practical for the street. With the 2020 Harley-Davidson Pan America, you get a bike that looks as home on the trails as it does in an urban setting, but you also get a motorcycle that performs like it actually belongs in those environments.

Final weight figures have not been released yet. The prototype seemed enormous, but looks can be deceiving. Most experts expect it to come in somewhere near its direct competition, such as the R1200GS Adventure from BMW. The 1,250cc V-twin engine has a compact design. A final rating for this engine is not available yet, but Harley-Davidson has promised that it will make in excess of 145 horsepower and 90 pound-feet of torque. The designers have also opted for a transmission and integrated crankcase that are smaller than is usual for most of the street bikes in the current H-D lineup.

The Pan America features a cast main frame as well as a trellis subframe. If these are crafted from aluminum, it explains why the bike will come in under the larger weight some had expected after viewing the prototype footage. The front wheel is 19 inches. The seat height is about 33 inches. This is comparable to the R1200GS and neither too high nor too low. There is still the matter of perception, but this will depend on the shape of the seat and some other factors that are unknown as of yet.

Suspension is among the trickiest aspects of perfecting an adventure touring bike. The Pan America features an inverted fork front suspension that measures about 48 millimeters in diameter, and this suspension will be manually adjustable. The suspension also features piggyback shocks, which is expected to have a preload adjuster, but it is unclear if the shocks are hydraulic, electric or manual. Some other features, such as the shock swingarm, suggest that this will be a capable off-roader.

The Pan America will be a premium bike, but not all of the niceties are known yet. As expected, there will be a windscreen, and an adjuster knob that lets you move it to the ideal height for you. The bike also features tall risers and tapered handlebars. That will encourage a standing position that will allow for great comfort on long treks or while navigating whatever the trail throws at you.

There is no word on the exact personalization options that Harley-Davidson will offer. We do know that H-D has expressed an interest in providing consumers the same options available with their street bikes. There should be at least four exterior themes available, and many of the accessories that are currently offered will be suitable to the Pan America as well. You can also expect some Pan America-specific options, so that if you want different handlebars or whatnot, you can make that happen.

If you think that an adventure touring bike may be the perfect motorcycle for you, then you owe it to yourself to the see the Pan America in person. Pig Trail Harley-Davidson is proud to be the premier Arkansas Harley-Davidson dealership serving Rogers Eureka Springs Arkansas, and you can schedule a test ride of the Pan America with us by calling our location or using the form on our website. Not only can you shop our entire selection of new and pre-owned Harley-Davidson motorcycles online, but we encourage you to contact us online. We have customer service representatives available that can provide details about the Pan America and assist with quotes, financing, trade-ins and much more.